Here I am going to display work that has been published in various newspapers. I have been published in the Grand Junction Daily Sentinel, which is where I interned the summer of 2013. (I wrote for the online portion, but a number of my stories were printed). I have also been published in the University Daily Kansan. I wrote frequently for sports in the first half of the fall 2013 semester. 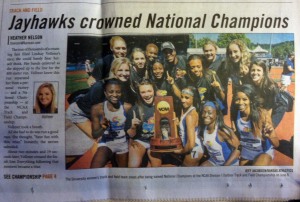 The copy desk made an error in both print/online versions of my story. The first subhead should read, “Colombian Commitment.” 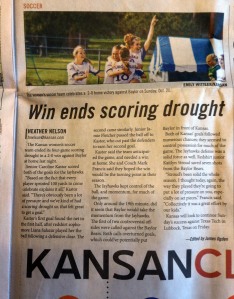 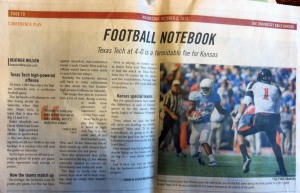 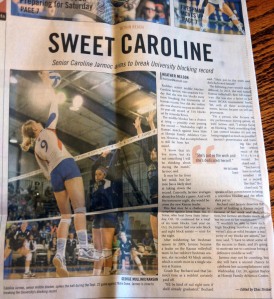 My first assignment was published in the paper.

The following two articles were published side-by-side in the June 17 paper.

This story was picked up by the Associated Press. Below are two outlets that used my story.

I attended a few Grand Junction Lion’s Club meetings, but this was my favorite story. 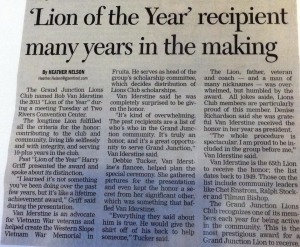 One of the last stories I had published by the paper, but enjoyed reporting for this one.